Artificial Silk represents resilience and space for the imagination.

(filaments of artificial silk made in a textile factory in Preston, Lancashire, northern England)

Filaments of artificial silk (also called viscose, or rayon), made in Lancashire from wood grown in Scandinavia, were woven into silk parachute canopies, sanitary pads, clothes for M&S and much more.

For four decades these filaments were sold all over the world, from 1939 when the Courtaulds Preston factory opened, to its closure with the loss of 2,600 jobs. The manufacturing machines were shipped from Preston to India in 1980, extending their life.

80 years after the factory opened, the filaments of artificial silk made in Lancashire have not lost their strength or vibrancy.

From the age of 16 Jean Boyle (pictured in 1951 doing titrations) worked as an analytical chemist in the laboratory of Courtaulds.

Jean  took part in Colours, Community and Chemistry at the People’s History Museum. She contracted Covid-19 and died at the end of 2020.

Read Jean Boyle’s Other lives obituary published in The Guardian on 10th February 2021.

Read Terry Boyle’s Other Lives obituary in The Guardian on 30th August 2021.

Read more about Jean and Terry Boyle on the News page.

Find out more about what Artificial Silk has made to date. 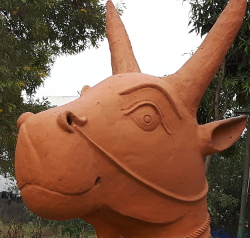 Memories of a trip to the southern tip of India were revived by seeing a newspaper article and hearing BBC World Service interviews. 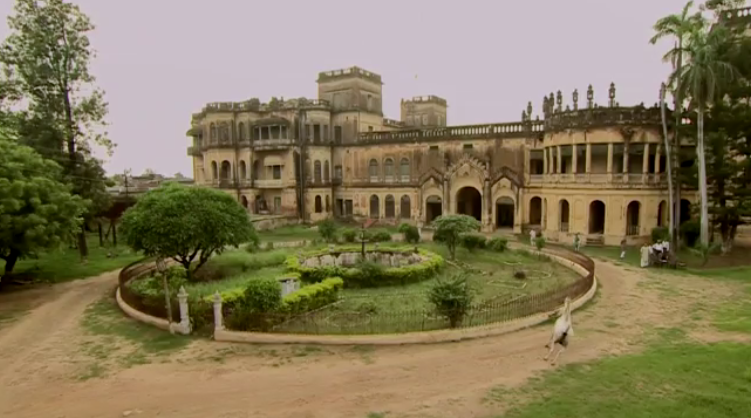 A crumbling palace in Lucknow in northern India is shown in the above image from a BBC Witness film, where Raja of Mahmudabad recalls WB Yeats’ poem about forgotten beauty. He tells BBC online magazine that he’s ‘drowning in a beauty that has long since faded from this Earth.’ In Mysuru in southern India, within walking distance of the pristine and grander Mysore Palace, sits Jaganmohan Palace and Art Gallery. It has a similar front aspect to the Palace of Mahmudabad with its circular garden and driveway, popular for photos. 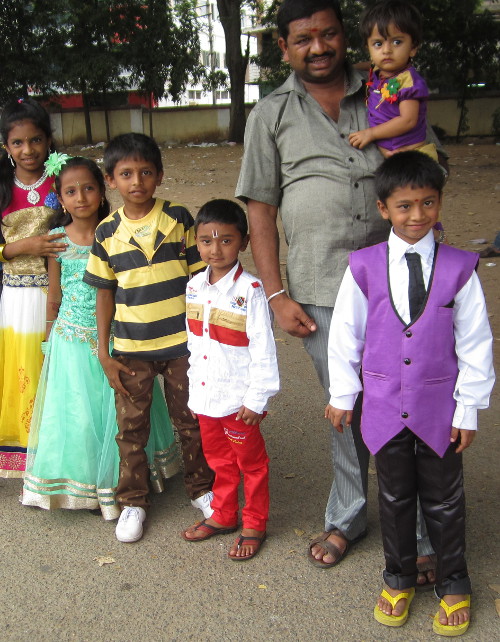 Shy to be photographed and shuftied to the front by his camera-less father, who asked us to take the photograph, the boy in the purple waistcoat appeared less comfortable than the girls. The shiny Elvis trousers and waistcoat selected to be grown in to, the big green hair decoration and yellow flip-flops were radiant against the crumbling backdrop of a cracked Jaganmohan garden fountain…

Here, art has migrated into the grand old buildings, the little ticket kiosk, scuffed paintings and chipped sculptures that gather dust. While at least three ticket collectors can be counted, no one can be observed dusting or repairing holes in the plaster.

A little further down the Mysuru road, the Wellington Building, home for two years (1799-1801) of the future Duke of Wellington, is now run by the Ministry of Culture’s Indira Ghandi Rashtriya Manav Sangrahalaya. 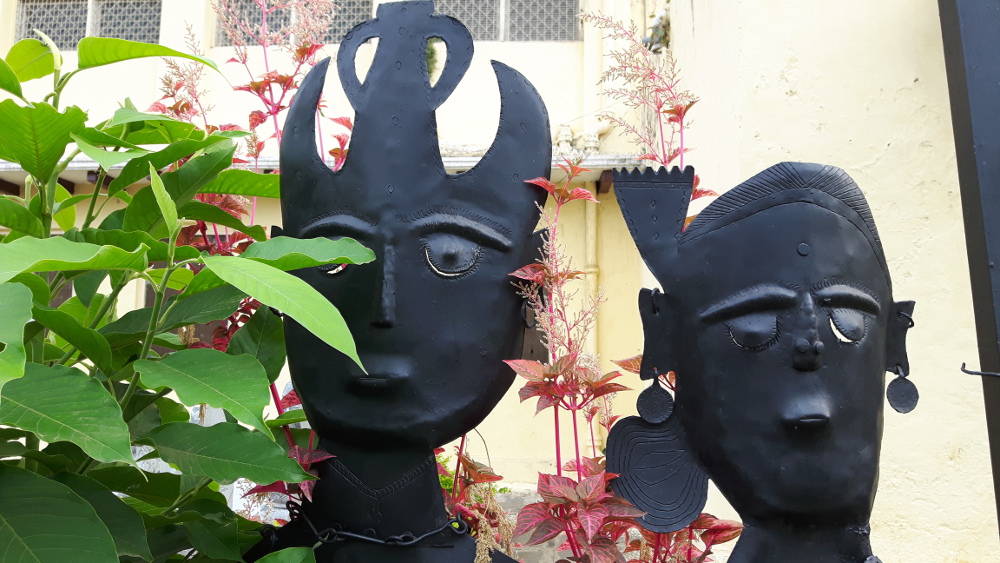 The curators in this heritage centre have sympathetically housed amazing ironwork, terracotta and basketware to celebrate the bold craft and artistry of many tribes across India. 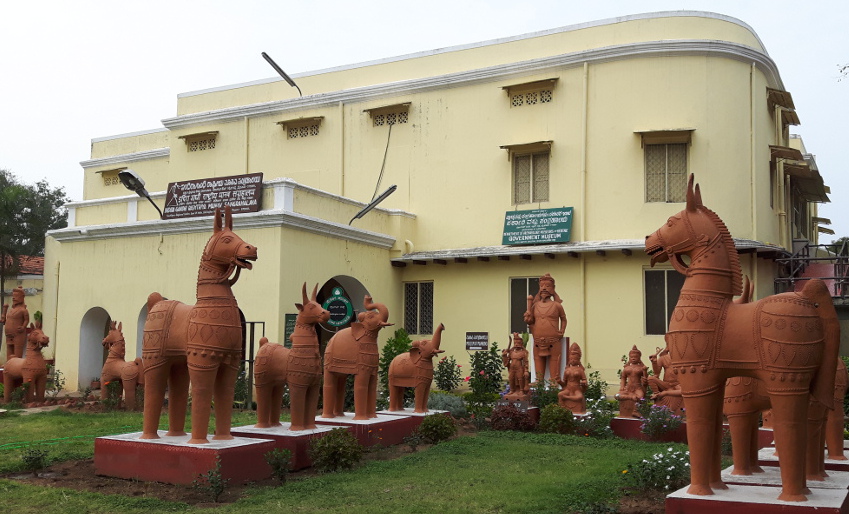 Further east, in Chennai, books are being digitised by the Madras Literary Society. Their display, and call to adopt a book, stood out in the gardens of Chennai’s Literature Festival. 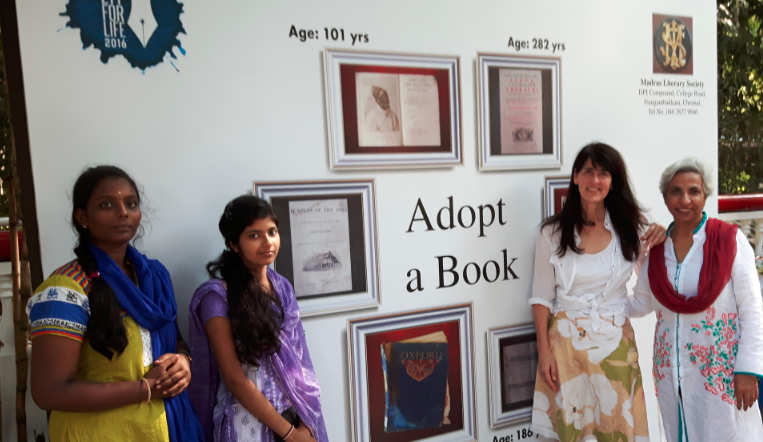 Engagement with arts and culture through digital technology requires fewer bricks and mortar, where projects such as DUET forge tangible connections between the north of England and India. But the object below in Mysuru’s heritage centre was seen up close, and will not be forgotten.